Processing and recycling of waste

What is waste?
Within the meaning of the law for limiting the harmful effect of waste on environment, “waste” is any substance, object or part thereof without preliminary immediate application
or which its owner wishes to or must relieve of. The substances, objects or part of objects,
submitted by the owner or by a person authorized by the owner to the specialized waste
treatment companies, shall also be defined as "waste" until such time, when the materials
restored there from or the energy produced thereby shall become included in the production process.

Some history and facts:
If we look back in time, in ancient times prehistoric people accumulated waste from their activities. When the pile of waste became too big, the ancient man left his cave and settled in a new one. Waste was also a problem for ancient poleis. 2500 years ago in Athens was established the first municipal landfill. In 1388 the English Parliament prohibited the throwing of waste in rivers and ditches. Later, there was so much waste outside the city gates of Paris that it obstructed the defense of the city.

Types of waste:
According to its origin waste is divided into several main groups: manufacturing, hazardous, construction and household waste.
- household waste is the waste generated from people’s everyday activities in their homes, administrative, social and public buildings. It also includes waste from shops, craftsman’s activities, entertainment and recreation establishments, whenever such waste is not dangerous waste and at the same time its quantity or composition will not prevent its treatment together with household waste;
- manufacturing waste is the waste generated as a result of industrial, craftsman’s agricultural activities and services provided by individuals and legal entities;
- hazardous wastes are the wastes whose composition, quantity and characteristics pose a risk for human health and environment and are defined as such according to the Basel Convention on the Control of Transboundary Movements of Hazardous Wastes and their Disposal. They influence the environment and organisms by causing injuries to different human organs and systems. When collecting them separately for recycling or composting, it is necessary to be very careful not to allow even small quantities of harmful admixtures. Heavy metals such as lead and cadmium are concentrated in the ashes or residues after the burning of such wastes, which calls for their subsequent special treatment.
- construction waste is generated as a result of construction activities on construction sites, as well as waste generated from destruction or reconstruction of buildings and facilities
- agricultural waste is the waste generated from agricultural activities.

Waste recycling:
Recycling is the activity for restoration of the properties of raw materials. A great part of the waste is a precious raw material and can be put back into the production process or ѝ can be found anther application.
Heat treatment of waste: for the purpose of using its potential energy and decreasing the quantities thereof. Waste can be treated by burning (in incinerators), pyrolisis, gasification, plasma hydration. What is common among these methods is the high temperature at which waste disposal is achieved and waste is utilized to energy and secondary raw materials. The perspective plasma transformation is considered to be an almost waste-free method. Waste turns into plasma at a temperature of 4 000 degrees. There are no emissions of harmful compounds.

Biological treatment:
Composting (aerobic) and biogasification (anaerobic) decomposition of organic waste materials. The process taking place in the circulation and metabolism in nature with the active participation of microorganisms are at the basis of biological treatment.
- Compost is the product obtained from the natural decomposition of botanical and decaying waste through the action of bacteria, fungi and other organisms, which decomposition takes place if there is sufficient quantity of air (oxygen)
- Anaerobic decomposition takes place without oxygen in closed reaction systems. It can be used for generation of methane, which is used as a fuel or in chemical industry.
The Vermiculture method can also be referred to biological treatment. It uses worms for the decomposition of organic materials. Worms are amazing creatures and are great helpers to those who know how to use them.
The multiple use and recycling are activities helping to reduce the use of raw materials and energy and decrease the quantities of separate waste. Recycling as a process includes the collection of materials and raw materials, which after being processed can be used for the manufacturing of new products from the recycled material.

Recycling using the Oxalor method:
This is a comparatively new and almost waste-free method. Metals, plastic, glass and organic waste are separated in the plant, broken into pieces and processed separately. Following the removal of the harmful components, the waste is put back into a new technological process where processing with minerals, quicklime and drying at 105 degrees Celsius takes place. A product is obtained in the form of fertilizers. The method also gives the opportunity to produce mineral diesel fuel from residual products. There are no emissions of harmful gases. 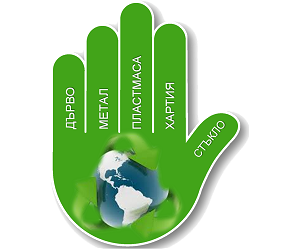